Nature protect its resources! How this  miracle weed Sphagneticola trilobata protected our soil 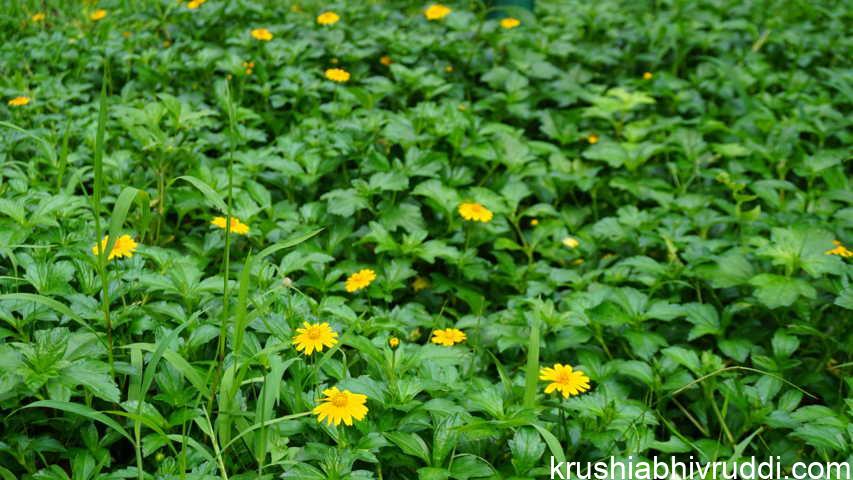 Nature will protect  its resources  by its own way!. Imagine the heavy rainfall and afforestation in recent years. What happens if there is an absence of this weed Sphagneticola trilobata?

Can weeds help farmers? Or does it suppresses the yield?   If you think weed is an enemy you will lose soil fertility. If you consider weeds as soil cover you will improve your soil health. Soil comprises many flora and fauna. Alge to tree all is their role in soil structure improvement.  Sphagneticola trilobata recently entered the creeper plant by the grace of nature. It protected the topsoil and covered the soil with live mulch. If there was no such plant cover upon soil there was a huge loss of fertile soil, by erosion.

How to utilize this plant:

We can use this plant as a soil conservator on the roadsides, and on unutilized lands. Public parks, it is a good and attractive land cover. On river banks, it will reduce the erosion problem.  In summer it conserves moisture. In the rainy season, it prevents erosion. There are a lot of benefits from the plant. But few people are using weedicides for its control. But permanent removal is not an easy task.